Marianne Williamson is a well-known figure in the spiritual and religiously progressive communities in the United States. She has written fourteen books, four of which have reached #1 on the New York Times bestseller list. In 2021, she ran for president as a democratic candidate. We asked her about the conflict in Ukraine, the greatest challenges facing the world, and her thoughts on President Biden’s policies.

Sándor Jászberényi: Europe is in flames, there’s war in Ukraine, and peace is quite distant at this moment. When I was researching for this interview, I found a quote of yours that you do believe in a just war waged against the Nazi military machine. How do you perceive the conflict in Ukraine?

Marianne Williamson: This is a more complicated situation than World War II, in that there is a legitimate argument that the behavior of the United States and other Western governments over the last two decades, specifically in regards to NATO and its expansion, poked this bear.

Having said that, there was obviously no justification for Putin’s brutal invasion of Ukraine.

I support giving Ukraine whatever they need to defend themselves, but at the same time, I support vigorous efforts, at creating an off-ramp here. President Biden seems to have pivoted, somewhat dramatically, in the direction of a military focus, and it concerns me that we are hearing so little about negotiations that could possibly work. I feel that when United States intelligence recognized that the invasion was not only on the table but clearly about to begin, President Biden could have had a serious conversation with Putin at that time. There’s a high probability that whatever agreement is ultimately reached will basically be the same agreement that could have been reached before all these thousands of people had to die such horrible deaths.

SJ: I found another quote of yours saying, “the eradication of war is the great moral issue of this generation.” How do you see this now with the recent war in Ukraine? Do you think we can actually accomplish this in this generation?

As President Kennedy said, we will end war, or war will end us.

I’m certainly not the first person to point out that even if you’d consider Putin’s use of a nuclear bomb now at one percent—one percent is too high. This situation has brought into full visibility the complete political as well as moral bankruptcy of the modern geopolitical order. The United States has somewhere in the vicinity of 7000 nuclear bombs. Russia supposedly has somewhere in the vicinity of 6000. We’ve all been told for years that because of the principle of Mutually Assured Destruction, none of us really have to worry, because no one would use one, knowing that were they to do so, they would be hit as well. Well, guess what—surprise, surprise—this only works if you’re dealing with rational actors. Which clearly we are not. We are dealing with a man who perpetrates what are essentially multiple mass murders every single day. As we speak. If he thinks he’s going down, then as hard, as difficult, as painful as it is to contemplate, but adults do contemplate what he could conceivably do. This particular horror will end, and on the other side, there will be two choices. One of arguing for further militarization, further militarism, expansion of nuclear bombs, etcetera. And the other will be a bold rethinking, reimagining a new articulation of, a new strategic effort at creating a world beyond war. We have proven how good we all are at waging war, we must now prove how good we could be at waging peace. The most powerful governments of the world would have us believe, this is not possible. The major arms manufacturers of the world would have you believe it’s not preferable. And the sanest people in the world know it is inevitable if humanity is to survive.

SJ: You are a spiritual ray of light in the United States, and many turn to you for advice and follow your writing. What is the condition of spirituality in the US right now? How spiritual are Americans?

MW: America is going through a spiritual crisis.

I think, in a way, humanity is going through a spiritual crisis.

Americans were allowed to dwell under the illusion that our material and military power could buffer us forever from the consequences of our own collective malfeasance. I believe more and more Americans are waking up to the utter bankruptcy of the neo-liberal political and economic order that has dominated our country for the last forty years. People are realizing that this has served no one but a very few of us, and it has hurt many people, not only in this country, but around the world. On a certain level it’s a moment therefore of collective horror, but that horror is healthy.

SJ: When you say that the US is going through a spiritual crisis, do you mean that now people are starting to see and feel compassion towards each other? Because, when I talked to Professor Chomsky, he told me much the same, that neo-liberal policies and tendencies rule the world and compassion is out of the picture. How do you see the rays of compassion and spirituality? Are more people embracing morality?

MW: Americans, on an individual level, are as merciful and compassionate as anyone else. It’s on the collective level our capacity for denial and grandiosity are off the charts. The system has fostered that by putting whatever suffering that has resulted from our own economic ordering on the other side of town, or the other side of the world. What you don’t see doesn’t concern you, unless you force yourself to see it.

Today, fewer and fewer people are blind to the realities of our time.

We need patience with ourselves and patience with each other, as we go through the process of this awakening, find our footing on the new ground of a social conscience and awareness that has not pervaded our society for a long time now, and figure out what we are going to do to course-correct. Period. I think people know we mustn’t tarry, people recognize the urgency of this moment, but it’s a gnarly and complicated situation, and we need to do as much a deep thinking, as we need to practice organization and activism. I do feel confident that a critical mass of Americans are digging deep, thinking deep, and gathering within ourselves the required forces of commitment and courage that will be necessary to turn things around.

SJ: What crises do you see shaping our world right now? You were very much involved in the climate change issue. There’s a war. What are the five biggest threats we are facing as mankind right now?

MW: Well, democracy itself is up for question in a way that it wasn’t or didn’t seem to be thirty years ago. Autocratic leaders are on the rise, and democracy is on the defense. That’s, I think, number one. Number two: the environmental crises that confront us. Number three: economic inequalities and inequities, in my country and around the world, that have placed the resources of our planet in the hands of a very few people who live in a very few countries. The problems on a macro level are embodied on a micro level in most countries. My country is going through a great reckoning. 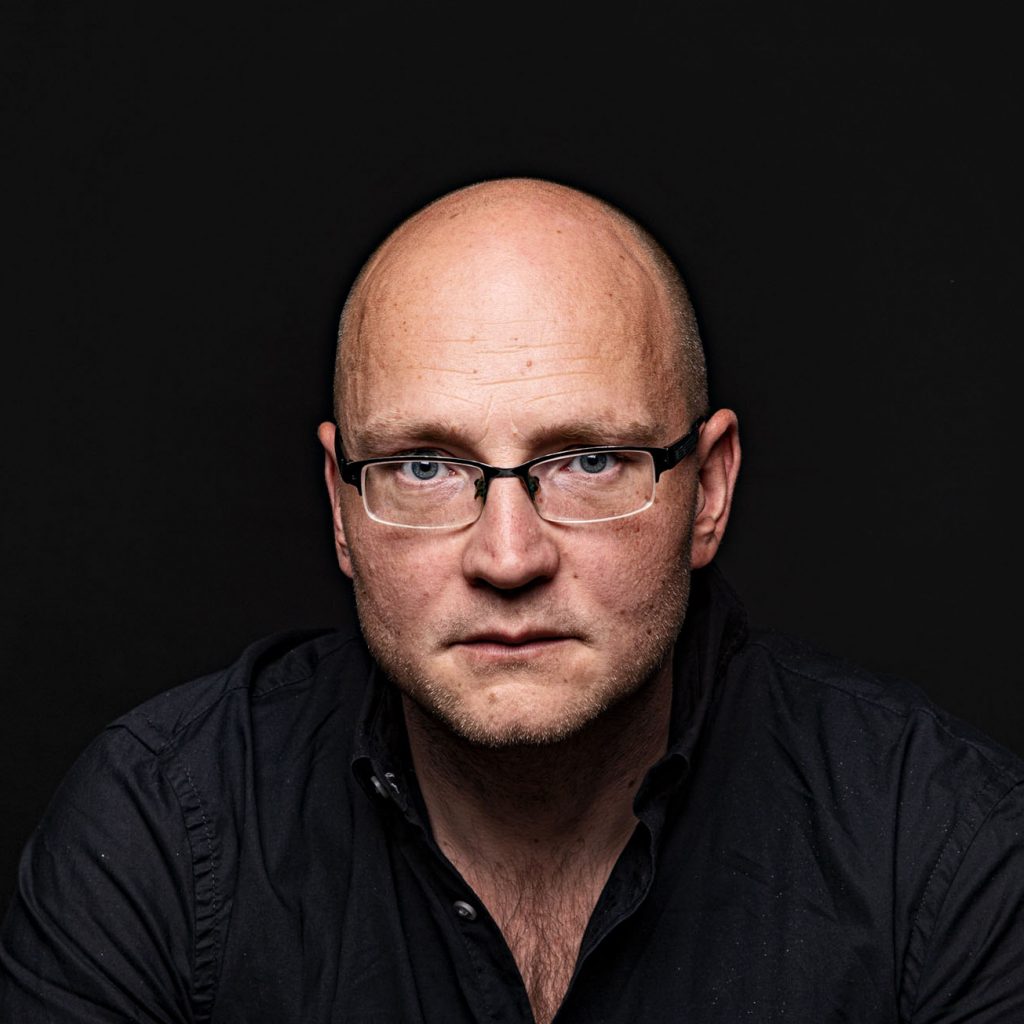 END_OF_DOCUMENT_TOKEN_TO_BE_REPLACED

MORE FROM THE INTERVIEWER 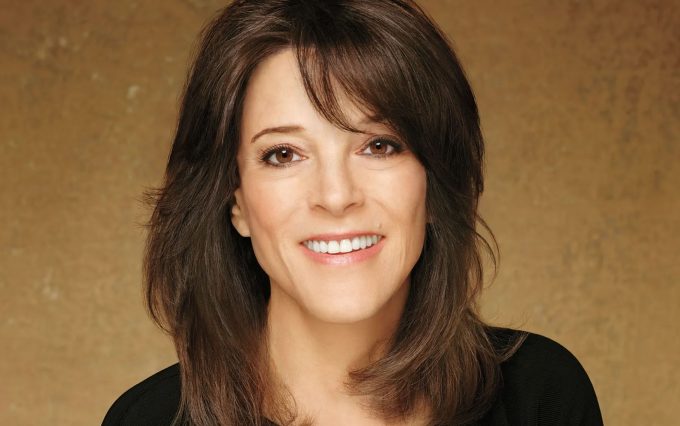 The system is rigged against you and do not expect that to change by Sándor Jászberényi
An interview with US author, activist, and spiritual thought leader Marianne Williamson on politics and spirituality today in the US.
Interview 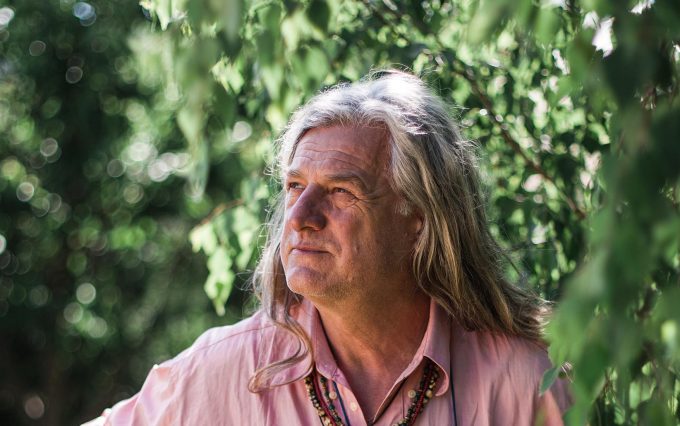 I translated at least 50 Native American poets by Sándor Jászberényi
Hungarian poet Gábor Gyukics talks about the various influences on his poetry which he encountered over the course of his travels and his work as a translator.
Non-Fiction 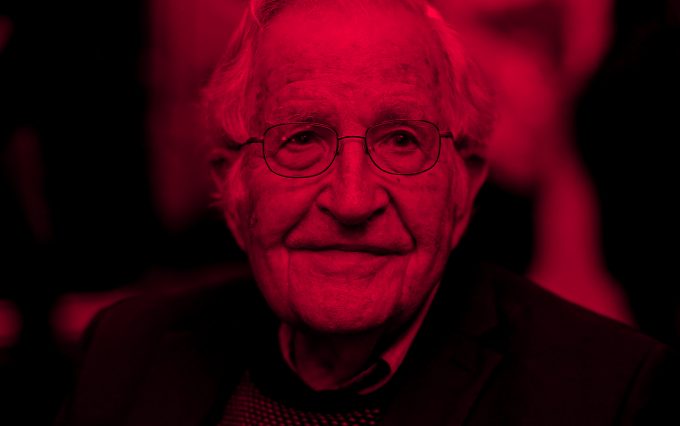 Cold War 2.0 by Sándor Jászberényi
Noam Chomsky shares his thoughts on the tensions which have shaped world over the past half-century and offers a grim diagnosis of our preparedness for the conflicts of the future.