It’s winter, a winter ten years ago. We’re sitting in the office of the national child protection network, we’re sorting the adoption papers of our child to be. Worn chairs, tired employees, tired paint peeling in flakes on the windowsill. I’ve been watching it for minutes, and the lead-grey sky outside above the rooftops. We wait idly for the social worker who comes and goes with documents, while a corded telephone rings continuously on her desk. There are others waiting in the corridor: parents-to-be and people whose parental rights have been temporarily or permanently withdrawn.

We have already filled out the papers about ourselves, we’re now finalizing the form concerning the child. The social worker thinks it best for us to reread and discuss with her the questions, one of which asks the parents-to-be whether they’re willing to adopt brown-eyed and brown-haired children.

It’s an odd question. Or surprising at least, like being asked if we would in principle turn down red-haired, or worse, freckled, children, or if we’d compromise and accept a strawberry blond.

And then, slightly lower on the list, a question about whether we are open to a child who has not only brown hair and eyes, but brown skin too.

The father-to-be and I look to one another and discretely nod, ah, we understand. It’s all clear now! The questionnaire is interested in whether we’re willing to adopt a Roma child.

I turn to the social worker. “Do you mean, can the child be Roma?”

She gives a start. Then, glancing at my face, she realizes I didn’t mean to provoke; I was just amused by the roundabout, awkward correctness of the questionnaire. She nods and points to the form with her pen.

“We can’t ask a question like that of course. But we have to find out somehow. Most people say straight out they don’t want Roma children. The problem are the ones who are secretly reluctant but afraid to say.”

Filling out the survey feels a bit like sitting in a car showroom and ticking a box to choose the color of your paintwork. When it comes to hair and eye color,

I think of my teenage son: did I know anything about him before he was born?

Isn’t that just part of the miracle— that we have no idea who is coming?

The social worker explains that most want a blond, blue-eyed, newborn girl. In Hungary fair-skinned and fair-haired girls under three are the most popular among adopters. Hardly anyone wants a Roma child older than three. And virtually no one wants a Roma boy.

“People are scared,” she adds.

I sit in the uncomfortable chair considering the answers. Which would be better, if someone wrote that they didn’t want a Roma child, or if they looked at the little boy who knew nothing yet of prejudice and felt they would never love him? If the three-year-old playing on the carpet made the parents think he would grow up big and strong and cheat them, rob them? We write into the form that we would accept a brown child. Meanwhile, our daughter is at her foster parents’, crawling around a living room decorated for Christmas and doing her best to stuff what she can in her mouth. She has no idea soon we’re going to arrive, kneel on the parquet flooring and speak to her like we’ve suddenly forgotten how to walk. A strange, unfamiliar couple who call themselves Mom and Dad.

Soon, back home, I’m pushing her in the stroller. The neighbors comment how much the child reminds them of her brother. They’re right. My son has dark hair, dark eyes, creole skin, and their facial features are similar too. Nobody calls my daughter a gypsy, she never hears any slurs. Only once when we’re out on a trip, she runs ahead and, tearing her hand from her father’s, dashes into a village shop. By the time we jog in after her, she’s grabbing a chocolate from the bottom shelf, ripping off the wrapper, and the owner is shrieking at her in a brutish voice:

“Damn you people to hell! I said not to stick your feet in here, I’ll chuck you out like cat shit!”

When her dad walks into the shop and picks up our girl, the owner looks at him and goes quiet in surprise before launching into a singsong, fawning effusion:

“Oh, she’s yours, sir, I wasn’t to know! I’m sorry about that, but there are so many come by here, I couldn’t know… I thought she was…”

We pay for the chocolate, we leave without saying a word. We know that someday we will have to prepare our girl for these sorts of situations, but now’s not the time. She’s still too little to understand the meaning of damn you people to hell!

END_OF_DOCUMENT_TOKEN_TO_BE_REPLACED 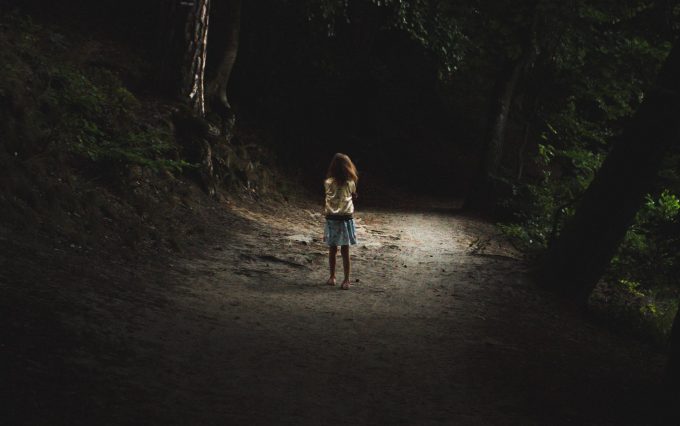 Hail Pariah by Krisztina Tóth
The Hungarian writer Krisztina Tóth reflects on adoption, anti-Gypsyism, and the gut fears that we inherit from our ancestors, and carry forward.