The Dog is Barking

The dog’s only doing what’s expected of every living being in the world: avoiding or scaring away the unfamiliar, because the unfamiliar is dangerous.

That’s how the world emerged from chaos. The Lord identified those things that pose a danger to your life and those that are beneficial to it. He named the familiar and the alien. This is poisonous, that’s medicinal; this is unfit for consumption, that’s nutritious. You too are in the food chain. This race is harmless, you’re on the menu of that one. Circling above you: whether bird of prey or charming stork, hungry hatchlings at home are waiting. Run for your life!

There’s a deep-rooted connection between striving for the preservation of a race, indeed, of life itself, and the rejection or acceptance of other races. The schematic division of the alien and the familiar determines how we move about in the world. The dog barks its suspicions about these Roma always loafing around here. What could they be after? We stray into a street we’re unfamiliar with, where some loitering street-types are huddled together, dressed in a way we’re unaccustomed to. We’re in danger, we turn to go back, if there’s still time to go back. Or will we fall prey to the danger we failed to recognize in time? Maybe they’re harmless, it’s just that I don’t know them. You’re in Brooklyn, you board the first bus that comes along, you don’t even check where it’s taking you, wherever, doesn’t matter, you’re a tourist eager for unique experiences. After a while you notice you’re the only white passenger aboard. You get off, you’re a stranger among people who know one another. Who are you? they ask. What’re you doing here? Did you lose something or did you turn white on the way? You can’t figure out whether you’re really in danger or just being played with, as when in Budapest you and a buddy stumbled into a pub in the seventh district. Only the two of you were outsiders, the others were at home. Someone who seemed to be the boss came over and asked how long you were staying. We’ll finish our beer and go, you said. No, he said, now. Oh, of course, now, you said and didn’t reach for your beer.

A Black guy is on the bus, in the days when that was still a rare sight in Budapest. He’s a university student on his way back to the dormitory. Everyone’s staring at him with piercing eyes. Who knows what all that staring means. At the time a series is playing on TV about Black slaves on a Southern plantation, an Uncle Tom’s Cabin for our age. One of the starers goes over to the fellow, pokes him in the side; the fellow gets frightened, he’s become accustomed to the necessity of fear. We freed you, Kunta Kinte, the other says, referring to one of the lead characters in the film. We freed you, says white consciousness wrapped in good will. We’ll do that. We’ll give them freedom, assistance, medicine, a warm blanket. We will. To them. The alien and the familiar are deeply connected to danger and security. What is unfamiliar to us is dangerous.

And even if not, being in a state of fear is still better than getting caught off guard. No one wants to risk the injury that teaches others a lesson: you shouldn’t have eaten that mushroom, you shouldn’t have wandered within striking distance of that wild animal. Our sense of endangerment is overcome only when our surroundings become familiar, or when we become familiar by blending into the background and, like some wily predator, take on the colors and customs of our surroundings to seek out our guileless prey.

An ethnologist is roving about some isolated villages, collecting folklore, thinking how good it would be if the locals regarded him as one of them, how much more readily they’d open up to him. He tries to blend in, donning local garb and calling raucously to a native who happens to be approaching, Hey there, old-timer, ain’t it sunny today, or, ain’t it rainy today, if it happens to be raining. Old-timer, can ya recollect some custom from way back, or some good ol’ song? This old-timer – presumably he’s younger than the ethnologist; it’s just that rural life plus plum brandy ushered his body into old age – uncomprehendingly returns the gaze, thinking,

What the fuck does this urban idiot want, why’s he talking the way nobody talks, except in old movies or the country girl in those musical folk-plays who finds herself in the capital.

What’s up? he asks, to which the ethnologist says, Well, I say, old-timer, a good-good day to you. Can ya recollect? The man called old-timer keeps still, then says no more than, Get the fuck outta here before I slice through your neck with a sickle; don’t go pokin’ your nose into our life. The ethnologist, really a benign person and great lover of country life, that unsullied source, doesn’t understand why he’s being rejected, and in such harsh tones, moreover. He did nothing to deserve this, he thinks, instead of noting down the custom of slicing through the neck with a sickle. He asks himself why, and he sets out toward the neighboring village. What he doesn’t realize is that he committed a transgression even greater than being an outsider; he tried to create the illusion of being one of them, and he got caught. He’s not a leaf among the leaves, not a furrow in the bark of the tree, but a frog, a lizard—to the inhabitants of the leaves and the bark, the enemy.

Experiencing the world as safe is nothing other than fixing the price of things on a security-danger scale and proceeding according to the indicators. By fixing prices, we create schematic systems, simple but practical interpretations of the world. In vain does our experience and our knowledge tell us that the world doesn’t function on simple logic; if it does, the logic remains obscure to us. We know this, and yet we’re always surprised by logic-defying reality, by those unexpected twists and turns. We think the reason we’re surprised by unanticipated circumstances is that we haven’t yet figured out all there is to know about the underlying order of things. Once we’ve traced the cause of the latest unexpected blow, we think it will no longer be unexpected. Our experience notwithstanding, we try at every turn to construct causal systems in which everything is spelled out in black and white.

Despite knowing that the most important determinants of your life weren’t predictable, you still fabricate a world that’s predictable to you, which will ultimately surprise you with its unpredictability, because everything’s not going to happen just when and where you expected.

– let’s say, your death or the death of the person most important to you, the birth or non-birth of your child, the illnesses that restrict your lifestyle. All this was, of course, written in the stars, unfortunately to be gleaned only after the fact, thereby allowing no way to prevent the misfortune. You rethink the preventative logic after the fact and, giving up your earlier thoughts, reconstruct the system on different foundations. Things turned out this way because… What’s essential is that everything has a cause and consequences; this you never question. The world is not a crapshoot. You join the kids in a game called Who’s Laughing at the End? Well, not you, that’s for sure. Neither is anyone else.

END_OF_DOCUMENT_TOKEN_TO_BE_REPLACED 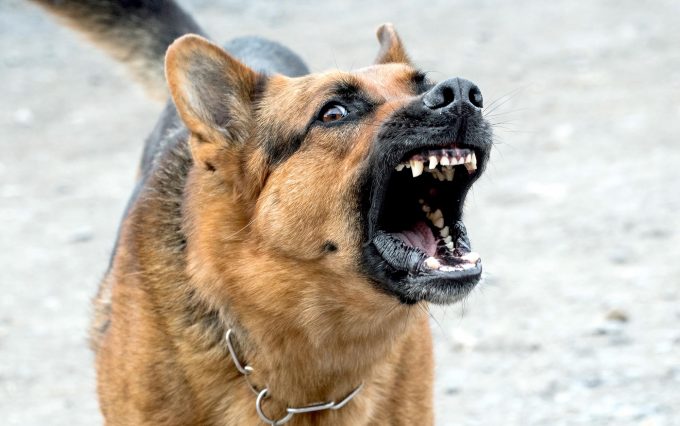 The Dog is Barking by János Háy
What are the benefits to prejudice? The Hungarian author János Háy explores our advantageous relationship to prejudice and discrimination as humans.