Did the Guns N’ Roses know the Hungarian mob? Who killed the Hungarian guitarist Tamás Barta? And do gangsters get homesick? Investigative journalist András Dezső retells the true connected stories of three Hungarian gangsters who defected from 1980s communist Hungary for the Los Angeles underworld.

Béla Markó loathed the cops with all his heart.

He watched Homicide Detective Russell Lee Kuster with disdain, though Kuster wasn’t the one investigating his case, he was just handling Markó’s paperwork. The muscular, six-foot-two colossus glared at the mustached policeman as he waited for his release paper.

It was the first time Béla Markó had ever been in an American detention center.

Hungarian prisons, on the other hand, he knew well enough. Though only young, he had spent years in the toughest Hungarian penitentiaries. He didn’t brood much on the matter. Right now he just wanted out of this jail where he had been held for three days in the howling Los Angeles heat.

Kuster, however, was a seasoned detective and sensed that there was something shaky about his story: a young man in the United States illegally, who spoke almost no English and needed a Hungarian interpreter. He knew in his gut that Markó’s confession was a lie, but there was nothing he could do to keep him under remand. Two women had testified that Markó shot his compatriot, István Szendrő, in his home in self-defense.

The 36-year-old victim had been familiar to the officers of the police patrol specializing in active cases involving Hungarian criminals in Los Angeles. Szendrő’s name had come up plenty of times. They knew he was hardly a saint. Markó’s claim that it was the other Hungarian who had pulled a gun first, not him, was believable.

According to Markó’s version of events, on the night of the tragedy, István Szendrő had been partying with two women at his Hollywood Hills apartment, but his friend had gotten pumped up on cocaine and struck him. The blow knocked him to the ground, and he saw Szendrő reach for his boots, where he kept his gun. Markó swore under oath that if he hadn’t drawn his gun and fired first, he would be the guy in the morgue. To prove that he was telling the truth, after the murder, he put Szendrő’s gun in a nylon bag. The gun still had Szendrő’s fingerprints on it. From Szendrő’s apartment he called his lawyer, on whose advice he strolled into the police station entirely of his own volition. He surrendered himself to the police for using his weapon in self-defense. If someone pointed a gun at him, he would defend himself, as he explained while under interrogation.

He told the cops that from time to time, Szendrő would get high on drugs and go wild, and that it was not the first time Szendrő had pulled a gun on him in one of these frenzied states. On the basis of the testimony given by Markó and the two women and the report from the crime scene investigation, the prosecution concluded that it didn’t have adequate evidence to bring homicide charges.

In October 1982, however, the Hungarian gangster was still able to convince himself that he was just an innocent victim. At the time, the name, Béla Markó, meant nothing to the Los Angeles police. To them, the man who wore his dark hair slicked back was just another undocumented immigrant who had come to the United States to stir up trouble. Thousands of these adventure-seeking drifters had wound up in California. Markó was a bit of an exception, however, because as soon as he got himself in trouble, a smooth lawyer was on hand to help him out. The whole thing reeked. Someone was obviously footing the bill for the expensive lawyer, and Markó had only been in the US for a few months. He had no official place of employment.

“You’re free to go,” Kuster said with a dismissive wave, and he signed the release form.

The brawny Hungarian, a tower of muscle, walked out of the police station, the officer’s signature in hand, grinning. Unconcerned by the fact he had committed murder.

In the autumn of 1982, when the 29-year-old Béla Markó sent István Szendrő to his death with a single well-aimed shot, he was still something of a newcomer to Los Angeles. He had arrived in the Californian metropolis via Mexico, illegally, with false documents. Uneducated and unable to speak any language other than his native Hungarian, Markó had known little about the United States except for what he had seen in the movie theaters in his native Budapest or been told by an older generation of Hungarian criminals returning to Hungary.

The bad boys who came home, behind the Iron Curtain, to the communist Eastern European state loved to brag about how well they were doing in the West. They showed photos of their houses with swimming pools, their huge American sports cars, and their beautiful women, which their compatriots, still stuck in the dreary swamp of socialist Hungary, stared at with mouths agape.

Everyone longed to set out for America, which meant nothing less than freedom.

In the early 1980s, a smartly dressed, well-built man with a thick neck and a bulbous head,  Csaba Simon, a former weightlifter, started to become a regular figure in Budapest nightlife. He was well known to the Hungarian police, much as he had been no stranger to the detectives in Los Angeles. Simon had fled the country with his fiancée in the late 1960s, a good ten years after the 1956 Hungarian Revolution. Rather than to escape Russian reprisals, Simon fled because he had been sentenced to 10 months in prison for smuggling, and had no desire to resign himself to a life behind bars. He and his girlfriend first ended up in a refugee camp in Italy, where he was interrogated by Interpol and US intelligence. Then, once it had been decided that he didn’t pose a threat, the US accepted him as a political refugee. Following one of Simon’s relatives, a man who had defected in 1956, the couple settled in New Brunswick, New Jersey.

One of Simon’s childhood pals also ended up in the town, István Szendrő, a tough guy from Budapest who had a quick left hook. The two were soon inseparable. People soon realized that Szendrő was a much tougher character than Simon. He almost bled to death when he got stabbed in a street fight in New Brunswick. By the early 1970s, he and Simon had both moved to Los Angeles in search of the American dream.

Simon tried his hand at being a store owner. His shop, which wasn’t far from Hollywood, sold all sorts of odds and ends, and his employees were all Hungarians. Their method of getting customers was a jerkwater, backwoods trick, but it worked – phoning people at random and informing them of the good news: they had won! When the chumps showed up to claim their worthless “prizes,” whoever was on hand would persuade them to buy something while they were there.

The business was up and running, one little scam after another.

Gradually, a network of Hungarians formed around Simon, committing smaller and larger rip-offs and scams. They bought wildly expensive cars and insured them through the roof. But they also insured the drivers, even the passengers. Then they would fake an accident, and a Hungarian doctor who was in on the deal would confirm the injuries.

Around 1978, the US authorities became aware of the existence of the Hungarian mafia in Los Angeles and concluded that Csaba Simon was at the top of a network of some 300 people. Investigations were launched, but they weren’t very successful. Simon and his henchmen ran a stationery business, for instance, which sometimes tried to corrupt buyers from major companies, at others, to defraud them. They promised the buyers that if they bought office supplies, they would receive a photocopier as a gift, but the photocopiers, of course, never came. The authorities suspected that the legal shops were often used as a front by the Hungarian criminals, whose main source of income was drug trafficking.

and started working as a courier in the office supply business run by the Hungarians. His job consisted of driving a van or minibus to an out-of-the-way spot in the city, dictated by an armed man with an Eastern European accent. The destinations were usually narrow alleys and deserted parking lots, and Duff soon suspected that he was delivering illegal goods, but he was on good terms with the “sweatpants mafiosos”, and after a year and a half or so, felt he was one of them.

Music, however, brought this great friendship to an end. Duff’s band got a record deal, and he had to choose between playing music and serving as a delivery boy. He was terrified that his unusual employers might not just let him go. But the Eastern Europeans in their sweatsuits and warmup pants parted from him as friends and wished him well. And thus, Guns N’ Roses was able to set off unhindered on its journey to global fame. 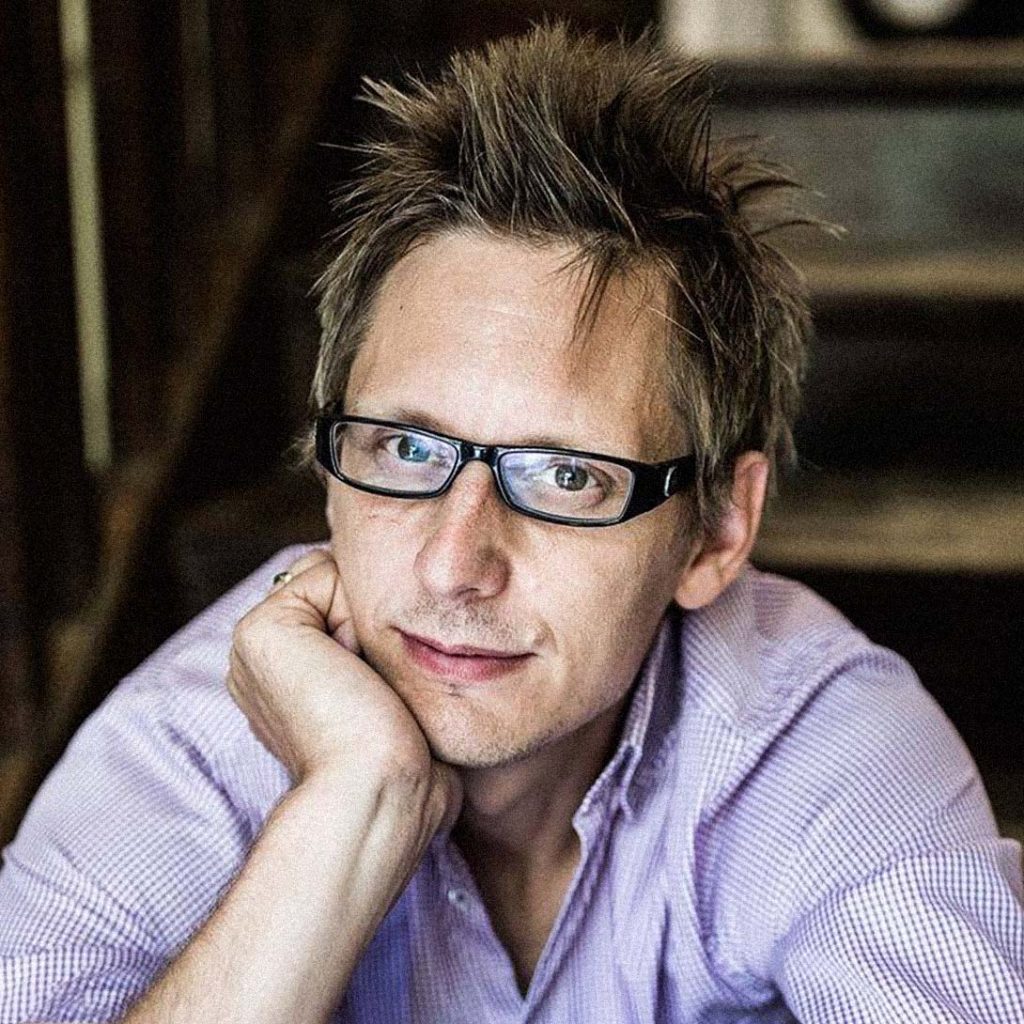 END_OF_DOCUMENT_TOKEN_TO_BE_REPLACED

Showdown in L.A. by András Dezső
Did the Guns N’ Roses know the Hungarian mob? Who killed the Hungarian guitarist Tamás Barta? And do gangsters get homesick? Investigative journalist András Dezső retells the true connected stories of three Hungarian gangsters who defected from 1980s communist Hungary for the Los Angeles underworld.